Shopping Cart
Your Cart is Empty
Quantity:
Subtotal
Taxes
Shipping
Total
There was an error with PayPalClick here to try again

Thank you for your business!You should be receiving an order confirmation from Paypal shortly.Exit Shopping Cart

"Conspirators on the Ground"

-Enablers: A few bad apples in the Secret Service.

-Persons of Interest in Dallas.

My involvement with the plans to assassinate John F. Kennedy commenced at the end of June, 1963. On July 1, I was contacted by (CIA head of Domestic Operations Officer) Tracy Barnes. He requested that I purchase four Mannlicher 7.35 mm surplus rifles. According to Barnes, the rifles were available in the Baltimore area from Sunny's Supply Stores. Upon my agreement to make the purchase, Barnes requested that I alter the forepiece of each rifle so that the rifles could be dismantled, hidden and reassembled quickly. I thought this last request odd until I was informed that the rifles were to be used for a clandestine operation.

One day later I received a second phone call. It was Eladio del Valle calling from, I assumed, Miami. He asked me to supply him with four transceivers which were not detectable by any communications equipment then available on the market. Although his request seemed impossible, I told him that I had an idea which might fulfill his requirement. I could provide him with sub-miniaturized units whose operation would be confined to a range of fifty or one hundred kilohertz. To operate any sizable distance, the units would require an antenna at least several feet in length. A wire taped to the user's leg would easily suffice for this purpose. The set-up would not be pretty, but I could assure him that no one would be monitoring these low frequencies.

Del Valle then requested that I deliver the transceivers and the rifles to David Ferrie. I was surprised by Ferrie's involvement in the transaction. Barnes, in our previous conversation, had neither informed me that the rifles were being made for Clay Shaw in New Orleans nor that David Ferrie would be the person responsible for picking them up once I had completed the required alterations. Del Valle explained to me that the rifles and communications equipment were for his Free Cuba Committee, and that Clay and Ferrie were assisting him in the operation. I assured him that the equipment would be ready on time as I would immediately order the Motorola-made special transceiver units. Motorola was manufacturing the units for railroad communications equipment; they were relatively easy to secure.

The radio transceivers for del Valle were more difficult to create than I had originally thought they'd be. An unusual amount of power was required for them to transmit over any significant distance. To solve this dilemma, I included an extra pack of four "D" type battery cells to be used for transmitting purposes only. The pack was plugged into the transceiver unit and could easily be carried in the user's pocket. Ironically, I later learned from del Valle that the transmission time was to be limited to five minutes, which meant my additional adjustments had been unnecessary.

In Charge of Agents

Emory Roberts orders Agent Rypka told to stand down at

Open windows along the parade route

Santo Trafficante, the Florida boss who died in 1987,

that JFK wouldn't be re-elected because

Were turns a violation of security regulations?

The answer is yes according to Jim Marrs in his book Crossfire: The Plot That Killed Kennedy (1989):

"President Kennedy rode right into the middle of (an ambush) in an open limousine that violated security regulations by making a 120-degree turn in front of the Texas School Book Depository."

Security regulations had already been violated in making the 1st turn. When security is compromised (slowing down, stopping, turning) then additional protective measures were to be used.*

*Agents riding on running boards of the President's car, having additional security in the crowds, making sure windows of buildings are secured.

There is no evidence to suggest any of these additional security actions were taken after the motorcade turned onto Houston Street.

Why were these turns were made in the first place?

The Warren Report (1964) said it was "impossible" to access the Stemmons Freeway by way of Main Street.

"The Elm Street approach to the Stemmons Freeway is necessary in order to avoid the traffic hazards which would otherwise exist if right turns were permitted from both Main & Elm into the freeway.

To create this traffic pattern, a concrete barrier between Main and Elm Streets presents an obstacle to a right turn from Main across Elm to the access road to Stemmons Freeway and the Dallas-Fort Worth Turnpike."

While this may be true for normal circumstances in 1963, this was the President & if his security was top priority, it should have been simple for the Secret Service to have a temporary ramp placed over the concrete barrier or to have a part of the barrier removed.

If this had been done, the motorcade could have proceeded through the Main-Houston intersection & avoided the turns altogether.

The official answer is it was either "impossible" or at best "impracticable" to reach the freeway by staying on Main Street so the turns were necessary.

In the "conspiracy" view, JFK was brought into the "killing zone" by making these turns.

Col. L. Fletcher Prouty on Ed Lansdale being in Dealey Plaza on Nov 22 1963 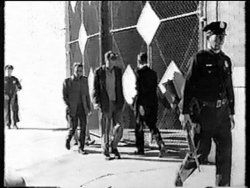 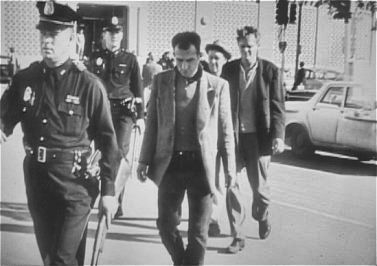 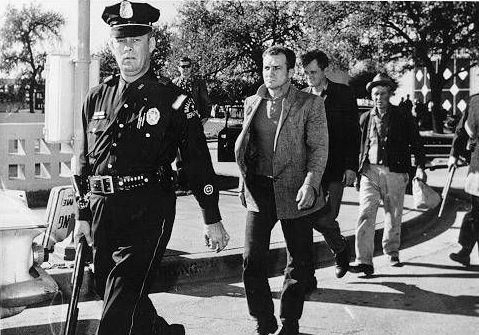 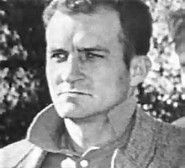 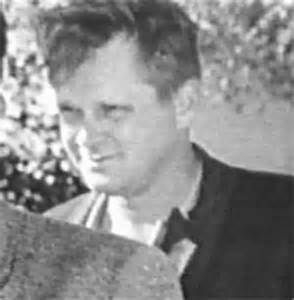 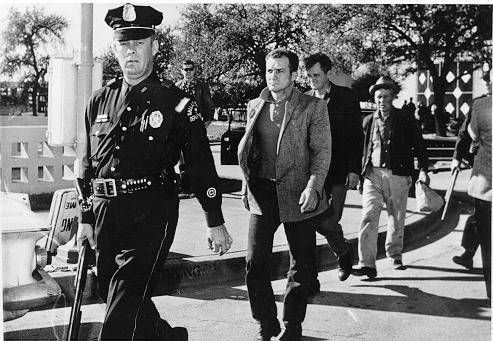 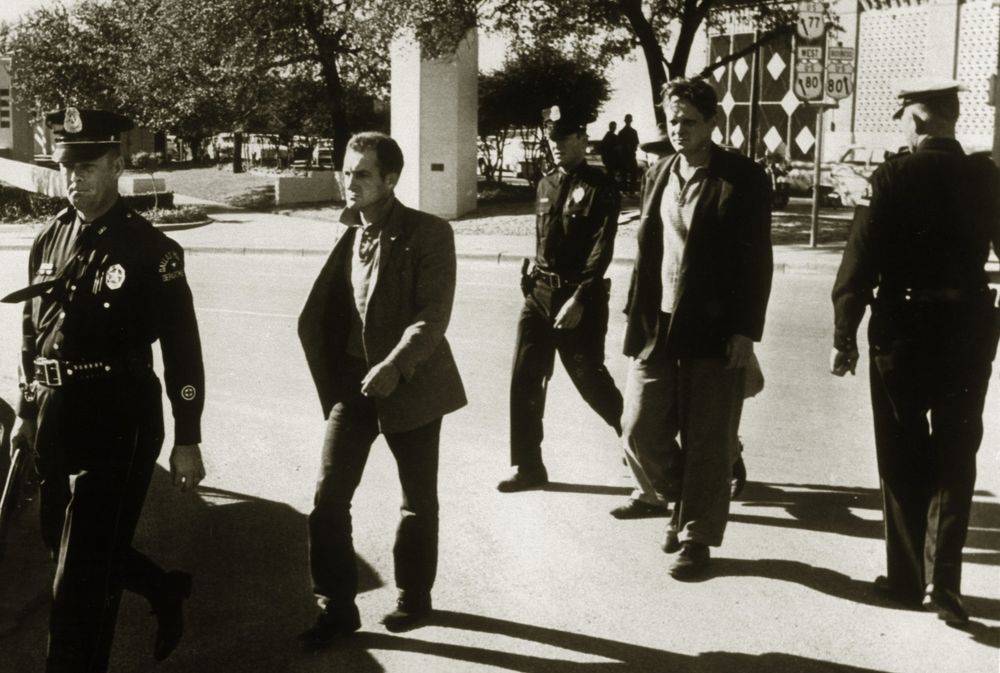 Told police Lt. Francis Fruge she had been traveling with two men from Florida to Dallas,that JFK would be murdered in Dallas. Doctors and nurses overheard the warning.

Witnesses to Shots from the Grassy Knoll

Here is a list, in alphabetical order by surname, and no doubt incomplete, of those witnesses to President Kennedy’s assassination who claimed that one or more shots came from the general direction of the grassy knoll:

After the shots ended men behind the grassy knoll stockade fence produced Secret Service badges. Two men leaving the Texas School Book Depository also showed badges to a police officer. The only Secret Service personnel, however, were in the motorcade. The CIA’s Technical Services Division led by Sidney Gottlieb left) controlled and printing of all Secret Service badges and are thus linked to the false credentials these men in the plaza.

Transmitters in the Plaza

Mafia courier, arrested over thirty times.. On November 22, 1963 Brayden was arrested at the Dal Tex Building next to the Depository. He had been seen at the Cabana Hotel with Jack Ruby the night before.

"Conspirators on the Ground"

- No check of building windows along motorcade route being open.

- Agents removed near and on limo.

- Press in flatbed truck ahead is juxtaposed BEHIND LIMO instead of front.

- Ambulance taken away before Dealey Plaza.

- President Kennedy in the open limo was an open target.

Since 1963 word has trickled out through government sources anti-Castro shooters from groups formed to overtake Cuba and kill Fidel Castro were in Dallas. Respected military sources have identified specific people who have taken down other governments through force, psychological warfare, and payoffs. Other members of the Central Intelligence Agency and La Cosa Nostra were in the Dallas area or near the plaza itself. A few policemen were tampering with the evidence. If all of this is left out of a report or scant security never talked about, no one will ever know. Oswald did it, right?